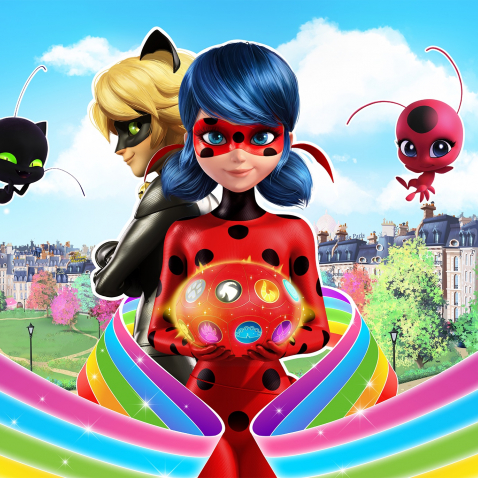 "Reaching an agreement with Planeta Junior and ZAG is part of our global strategy to offer new experiences based on entertainment’s most iconic brands and characters. This is just the first of several launches we aim to work on together”, celebrates Raluca Gavrilovici, Sales Business Manager at Madhouse.

Parkour Tech is designed for 5–12 year-olds. This new concept allows fans of Miraculous to test their psychomotor skills and complete team missions against the clock. Each group wears an RFID bracelet with a built-in LED reader to practice their teamwork and skills.

The VR Escape Room is an interactive experience for the whole family. This 50 m2 space allows 2-4 people to become Marinnette’s classmates. They have to solve a series of tests in under five-minutes to help their favourite super-heroes.

The entertaining Virtual Reality Labyrinth individual experience gives fans of all ages  seven-minutes to explore the Eiffel Tower and help stop Akuma, the supervillain from the popular show, from attacking the city.

About Miraculous™: Tales of Ladybug & Cat Noir (130 x 22’)
The 3D-CGI-animated superhero aspirational action-comedy series Miraculous™: Tales of Ladybug & Cat Noir, created by ZAG and co-produced with ON kids & family (Mediawan Group), follows the adventures of two seemingly typical teens with secret identities, Marinette and Adrien, who magically transform into superheroes, Ladybug and Cat Noir. As secret superheroes, Ladybug and Cat Noir are partners in the action. But in the daytime, Marinette is just a normal girl, living a normal life. Cat Noir will do anything to support and impress Ladybug, but does not know this is Marinette from his class. Marinette, the regular girl, in turn dreams of Adrien and simply gets little response. When evil threatens Paris, their beloved City of Lights, can they beat the unexpected villains?
Miraculous™ is everyone’s superhero story. The series is ranked by IMDB amongst the Top 10 Best Animated Shows in the last 20 years .  With a massive fan base of young adult “Miraculers,” (ages 15-25), Miraculous has become a digital planetary craze with over 27.7 billion views on YouTube (authorized and of user-generated content); and over 200 million products have been sold during the past four years.

Season four of the Miraculous™: Tales of Ladybug & Cat Noir animated TV series started to roll out in over 120 countries across the globe during spring/summer 2021, and ZAG is currently in production on a US$100 million+ animated feature to premiere in 2022.  Miraculous is the winner of 19 awards, including the 2018 Teen Choice Award for Choice Animated Series.Discover more at:
http://www.miraculousladybug.com
https://www.youtube.com/c/miraculousladybug