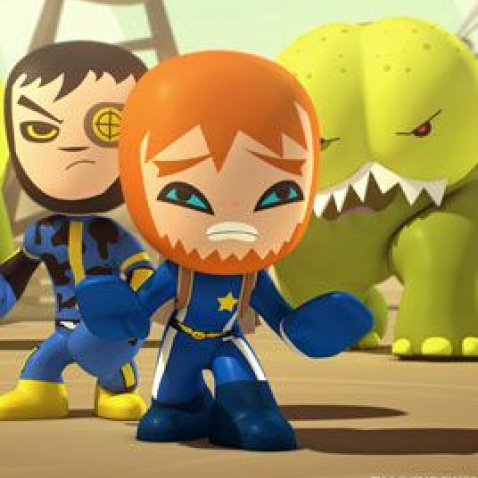 PLANETA JUNIOR, leading European children’s and youth entertainment company, will play an active part at the audiovisual content markets MIP JUNIOR and MIPCOM taking place in Cannes from Sunday 3 until Thursday 8 October. The company is presenting for the first time in MIPCOM and MIP JUNIOR 2015 the first episodes of the animation comedy MUTANT BUSTERS, coproduced along with the animation studio Kotoc and games manufacturer Famosa with Neox Kidz collaboration. The 52 x 11’ episodes production comes in an innovative format: the last 3 minutes of each episode can be broadcast independently both on TV and other digital platforms as a webisode.

Planeta Junior will also present new episodes of BUBBLE BIP, the animation comedy produced along with Triacom Audiovisual, TVE, TVC and Toonz Entertainment that targets 4 - 7 year olds and stars a wacky action videogame superhero who escapes from the virtual world.

Finally, the company will release first images of OLIVER ROCK, a live action series for 7-12 year olds coproduced with Isla Audiovisual and Sony Music Entertainment which combines music and action with plenty of comedy.