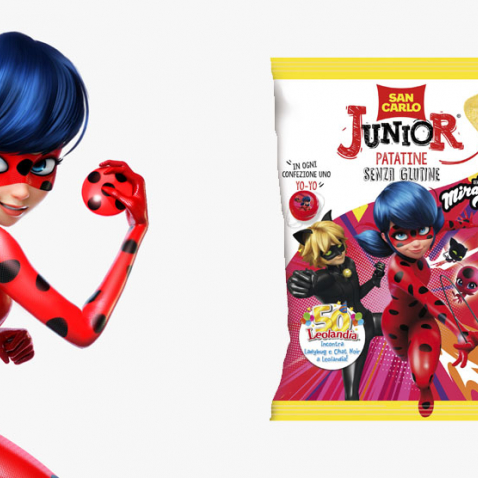 Planeta Junior has signed an agreement with San Carlo Gruppo Alimentare S.p.A. renewing its licensing agreement for Miraculous: Tales of Ladybug and Cat Noir, for the third consecutive year. The Miraculous brand is based on the successful animated series created by ZAG and co-produced with ON Kids & Family (Mediawan), ranked #1 on TV in Europe (Spain, Italy, Germany, Uk, France) North America, Latam (Brazil, Mexico, Chille) and Japan.

The new agreement comes ahead of the Fall 2021 debut of the $100M+ theatrical release, Ladybug & Cat Noir: Awakening, to be supported by a global promotion program with the most famous QSR company in the world.

San Carlo’s connection with Miraculous extends beyond food products - the company is also a partner in Italian theme park: Leolandia. Here it created a show dedicated to the adventures of Marinette and Adrien, our teenage heroes with secret identities, to enrich the activities available at the park.